Outtake from Cross and Catherine ~ The Teens! 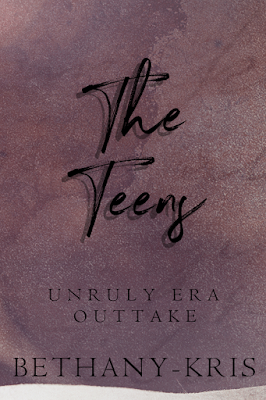 Today is outtake day. I had a lot of requests from readers for outtakes of Cross and Catherine's kiddos. So for today, I took them into their teenage years, and let you get a glimpse of them at that period in their lives.

Next week, I will take them back to their younger years. Maybe Cece's first day at school ...

If you have outtake requests, you can drop them HERE. I do not personally guarentee to write outtakes, after all, the muse has to be willing, too. If you want to read more of my outtakes for several of my series, you can find them HERE.