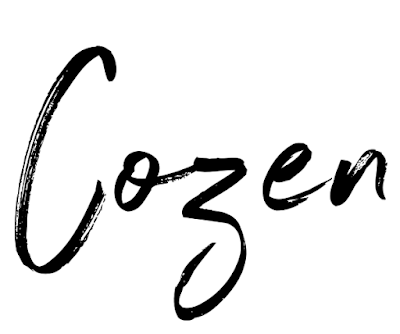 We're back to WIP Wednesday again. I think I have the posts all settled back out.

So I am still working on Cozen, my heist romance that will introduce you to the new world of kings, thieves, criminals, and more. My deadline is sometime around the end of February, but I expect to be done sooner--probably around the 20th.

Which is good because I need to finish all these outtakes for the Cross + Catherine companion novel.

The fun thing about this book is not just the heist Cozen needs to successfully pull off on a black market broker (Jett Griffin) but also the fact the hero and heroine of his book are what some might call Unreliable Narrators.

They are not telling you the whole story.

Just like they aren't telling each other the whole story.


Sargon pulled the black town car into the parking lot of Cozen’s apartment building, and cut the engine. “I will walk you up.”
Cozen passed him a look. “Will you stay, too?”
He lifted a single brow, but didn’t reply. He hadn’t expected her to be so bold or brazen in asking him to stay to the night, but he really couldn’t find himself to be surprised, either. This woman was constantly doing things that stunned him silent.
Instead of answering her, Sargon stepped out of the car. He quickly moved to her side, and opened the passenger door before offering his hand to Cozen. She took it, and he helped her out of the car with a smile.
“Lead the way,” he murmured.
Cozen gave him another one of those half-amused, half-annoyed looks, but she did what he said. Sargon stayed a couple of steps behind her as she headed for her apartment building. He considered it a win-win, anyway.
He got to watch her ass move beneath that dress.
The way her hips swayed …
It was memorizing, really.
Like this, when it was just the two of them, Sargon didn’t have to pretend that he wasn’t interested in Cozen. Like everything about her—all the things he knew, and even the stuff he didn’t know—called out to him like nothing else ever had before.
She was a siren.
Her song sung just for him.
Fuck him for wanting her.
At the back door, Cozen fiddled with keys until she found the right one to unlock the building. Sargon held the door open as she slipped inside, and then he quickly followed. When she looked back at him and caught him staring at her backside again, her gaze narrowed a bit before her laughter lit up the hall.
“See something you like?” she asked.
“What’s not to fucking like, Zen?”
She shot in a simpering smile that promised all sorts of naughty things, and make his cock semi-hard at the thought alone. The smoky eye makeup gave her a demure look, and he bet it would look even better when she was staring up at him.
Like maybe those painted-red lips of hers wrapped around his cock while she was on her knees. He liked the thought of smearing her lipstick a bit while he fucked her mouth, and watching that makeup smudge under his handling.
It was a pretty image.
His mind was creative.
And entirely punishing.
“What’s on your mind?” Cozen asked him as they took the stairs to her floor. He still opted to stay a couple of paces behind her. “You look like you’re thinking awfully hard about something back there, Sargon.”
“You on your knees with your mouth on my dick, water in your eyes, and your makeup a mess. I was trying to decide whether I would leave your hair up, and take it all down. I like it down, you know. Makes it easier to wrap my hands in.”
She had not been expecting that response. Sargon saw it in the way her shoulders tensed, and she almost missed a step. Then, she shot him a look over her shoulder—those amber eyes of hers darkened with lust instantly.
Sargon winked. “You did ask.”
“Is that all you think about when you’re around me?”
No.
Not even close.
“I also wonder why you prefer to sleep in a pile of blankets rather than on a proper bed. I’m curious if you’re a morning person, and if so, do you take coffee, or tea. You wear red a lot when you’re not working—is it a favorite color, or is there another reason you like the color? Have you even been in love; what are your motives here; can I trust you?”
Cozen turned to face him just as they came to a stop in front of her apartment door. She glanced between the door, and him before whispering, “Come in and stay the evening. Maybe you’ll get all the answers you’re looking for, Sargon.”
“That sounds like more games, Cozen."
She peered up at him through thick lashes. “I thought you liked my games?”
Email Post
Labels: Coming Soon Excerpt