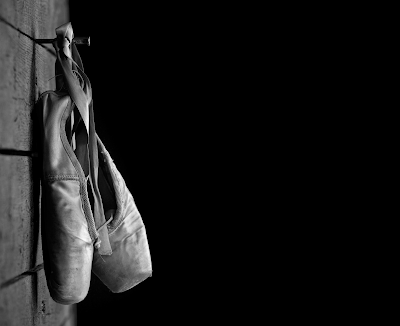 It is WIP Wednesday, and while I skipped it last week, there's no skipping it this week. I am three chapters into Captivated, which is Joe Rossi and Liliana Marcello's story. I know quite a few are waiting for this tale.

So, I am excited to share a little snippet from it today.

“I’ve never been to Chicago,” she said.
Joe lifted a single brow high. “We have a big lake. Lots of crime. Good food.”
Liliana nodded. “And you, too.”
“Pardon?”
“It has you.”
Joe matched her grin, then. “That it does.”
A beat of silence passed before down the table, her uncle, Dante, said, “Joe, we will have everything set up for you tomorrow to make your stay in New York comfortable and quiet. I’m sure you understand why we would rather be the ones to do it than have you go on record anywhere.”
Liliana’s brow furrowed.
Quiet?
What did that mean?
Her confused thoughts drifted away as she glanced back at Joe, and realized something just by the expression on his face. Or rather, the lack of expression. He had suddenly—in nothing more than a breath and blink—reverted to his neutral, passive state.
His gaze gave nothing away. No warmth, or interest. Some might even look in his eyes in those moments, and think the stare was cold or hard. His posture became a bit more rigid in the seat, and when he spoke again, his tone was flat yet concise.
“Sounds fine,” he said.
“Good,” Dante replied.
Even when Joe’s attention came back to Liliana for a brief few seconds, his expression and posture didn’t change. It was as though he had dropped his defenses and pretenses down with her during their exchange, and just as quickly, shifted back to someone else entirely.
Certainly not the same man she had met upstairs in the hallway with his charming nature, and boyish grins. Sure, he had the same dark, sexy, and mysterious appeal now. Just for two entirely different reasons.
Yet, Liliana had to admit … she was just as curious about this Joe, too. What made him like this, and why? Was it the men at the table—was he like them, too?
Oh, yeah.
Her curiosity about Joe Rossi dug in under her skin, and suddenly refused to let go. It only burrowed deeper the longer they say at the table, and she continued to stare at him. She was pretty sure her attention wasn’t going unnoticed by others, but she didn’t really care.
It wasn’t like her father was the type to hold her back when it came to men, or dating. He simply asked her to be careful, but he never stepped in.
Or he hadn’t before …
“Do you dance?”
At the quiet question Joe posed, bringing Liliana out of her thoughts with a bang, the rest of the table quieted. Or at the least the people nearest to them quieted down while they waited for her answer. She could plainly see the way her sister’s gaze darted between the two of them curiously, a lot like her cousin, too.
A little too interested, maybe.
The men at the other end of the table were too busy discussing something in hushed tones with their gazes locked on each other to notice what was happening a few seats away.
“I do dance,” Liliana said.
“Ballet, I bet,” Joe murmured.
She swore she felt his words reach out and touch her like the softest stroke.
“How did you know?”
Joe’s smile deepened into a sexy smirk—just like that, his defenses and mask dropped once more, and she was given a glimpse of him. “The way you walk.”
“The way I walk,” she echoed.
He nodded. “It’s telling.”
“And how do I walk?”
“Like the ground is air, and you’re floating on it. Ballet dancers have a unique kind of grace. Mesmerizing, really.” Joe leaned back in his chair, adding quieter, “Some might say it’s even alluring.”
Funny.
That’s exactly how she would describe him, too.
Email Post
Labels: Coming Soon Excerpt WIP
Reactions: