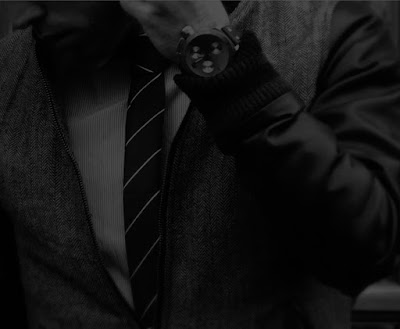 Hey, loves! It's WIP Wednesday which means time for your tease of whatever I am currently working on. Which is still technically Captivated. I may possibly be done this by next week (likely) so I can't say for sure if you'll get another teaser from this book, or not.


Joe waited for the ringing of the phone to click in his answer, signaling someone had picked up the call. Taking one last drag from his cigarette, the flicked the butt to the ground, and watched sparks fly when it hit the pavement. Leaning back against the hotel door, Joe stared up at the sky when he finally heard the call connect.
“Ciao, Lucian here.”
“Wanted to give you an update,” Joe murmured.
“Moved again?”
Joe cleared his throat, and nodded. “Moved this morning—drove for twelve hours, and then I found a spot to settle in again.”
“Good.”
He appreciated how Lucian was smart enough not to question Joe about where he and Liliana now were, or anything like that. The less people knew, the better. It was far more unlikely that information would get out that way.
“How is she today?” Lucian asked.
Joe chuckled dryly. “Same.”
“Well, that’s better than nothing.”
“And not talking to me at all.”
Lucian quieted.
So did Joe.
He wasn’t even entirely sure why he had admitted that to Lucian, as it wasn’t like he wanted the man to know, or thought that he could do something to help. Shit, maybe he just needed to voice it, to handle it.
Who knew?
“I take it she knows things, then,” Lucian said.
Joe shrugged. “Some things—the important bits.”
“Things that make her reevaluate.”
“What makes you say that?”
“Kind of obvious, isn’t it, Joe?”
“Is it if I asked?” he shot back.
Lucian laughed lowly. “My apologies. I meant, men who may seem like strangers—or in some way, scary—to Liliana, she keeps a distance. Maintains a safe, respectable space between her and them.”
“I’m not a stranger.”
Or scary, he added silently.
At least, not to her.
“But perhaps the things she knows about you contradicts what she’s seen or knows,” Lucian offered quietly.
Joe scowled.
He hadn’t thought of it like that.
“Like I said,” Lucian continued thoughtfully, “it might have made her feel as though she needed time to reevaluate. Maybe she could have done that quicker had she been able to put some distance between the two of you, but here you are.”
Distance.
Joe hated that word.
Distance wasn’t possible right now.
Or ever.
Email Post
Labels: Coming Soon Excerpt fun stuff update WIP writing life
Reactions: