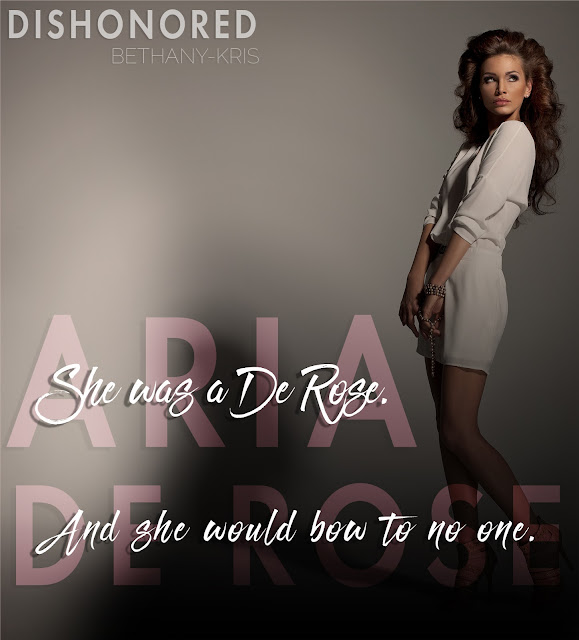 It's WIP day again, so I am still working on Caesar and Aria's story in Dishonored. Which will be coming out in the summer -- August, actually.

This is a fun one.


Caesar knew the moment his father realized exactly who was being delivered to his home hooded and captured like a prize—when Aria spoke.
Or rather … cursed.
“Vaffanculo! Vattela a pigliare in culo, merda!”
Angelo’s gaze widened as he cleared his throat. “Those are quite the words for a lady.”
“I don’t think she cares if you think of her as a lady,” Caesar mused.
“This is not what I asked for, figlio. She should be dead, not standing in my home!”
“Yes, well—”
“Remove her hood, and let her go,” Angelo ordered the men, not even giving Caesar a chance to speak.
That’s a mistake.
Caesar didn’t tell his father that.
He actually though Angelo might see the show Aria could put on, and appreciate it. Or rather, maybe think he could use it to his advantage. Angelo was always looking for the next thing he could use to advance his business, after all.
The taller of the two men yanked the hood off Aria’s head while the stockier, dark-haired man let go of her arms. Her wild curls flew in every direction as her blazing glaze searched the room—painted-red lips pulled back in a challenging sneer, and fists clenched down at her side.
Goddamn, was she ever a sight.
Caesar liked it.
Too much.
Aria took a second—one to find who was in the room.
Then, two—to fix her dress.
And then she acted.
Spinning fast, her hand slipped between her legs and the men never saw her coming. Caesar only caught sight of the barest glint of metal before she struck out at the stockier of the two men. She sliced the small knife across his face, leaving a nasty, bleeding gash behind. At the same time, she reached for the jacket of the other man.
Her hand came back with his gun.
She didn’t blink.
Didn’t hesitate.
Racked, aimed, and fired.
A single shot right to the face sent the man flying backwards.
Caesar heard the cock of his father’s gun in the next second, and so did Aria if the stiffening of her shoulders was any indication. The man who had been sliced across his face was holding the injury with one hand while thick blood poured between his fingertips. Caesar could still see the man’s rage as clear as day as he stepped toward Aria.
Angelo spoke first.
“Don’t touch her,” his father uttered. “And you … turn around, donna, and drop the gun carefully to the floor.”
Aria’s shoulders heaved, and her back tensed. Still, she did as she had been told. Turning slowly, she put the weapon to the floor as her fiery green eyes landed on Caesar next to his father. He was grinning—a stupid, foolish grin.
He couldn’t help it.
She was amazing.
Aria didn’t speak, though.
Not to him, anyway.
“My husband will kill you,” she told Angelo.
“Yes, well, he’s been threatening that for a while,” Angelo grumbled. “I have learned to roll with it. Kick the gun over to us, please.”
Aria’s foot snapped out, and the small handgun slid across the floor before coming to a stop in front of Caesar’s leather loafers. “I’ll enjoy watching what he does to you, Accardo. Trust that it’ll be slow, painful, and you’ll wish you were dead long before he lets me kill you.”
She really did put on a good show.
Email Post
Labels: Coming Soon Excerpt update WIP
Reactions: