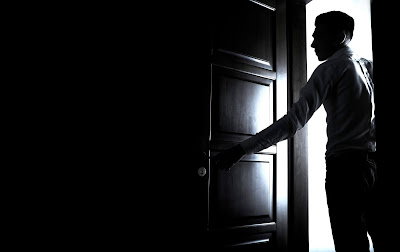 It's WIP Wednesday which means Caesar is here to please as he is my current work in progress. So, do enjoy the little peek at him today.


“There you are,” Angelo said, sitting straighter in his chair, and folding his hands on the desk. “Give me the good news, son.”
Yes, the good news.
That the marriage would happen.
That all was well.
That Angelo got what he wanted.
Caesar shrugged, and felt the tension in his shoulders loosening a bit at the promise of what was to come when he said, “A bit of a change in plans, I guess.”
Instantly, the happiness in Angelo’s expression fled. “How so?”
“New York had to back out for … reasons. Seems their daughter somehow got back to her Russian husband, and well, our marriage won’t be going ahead.”
It took a second.
Then, two.
Caesar waited with a small smile that he couldn’t be bothered to hide.
And then there it was.
Molten red dotting his father’s cheeks. Narrowed eyes as Angelo took Caesar and his gleeful disposition in all over again.
Rage.
Disappointment.
And for him?
For Caesar, it all spelled his triumph.
“What happened?” his father hissed.
“I just told you.”
“Did you help the girl get back to her husband?”
“Why would I do that?” Caesar asked innocently.
But yes, he had.
And he would do it again.
Angelo was quiet for a long time, and it gave Caesar the chance to observe his father more studiously while he was distracted by this thoughts. His father was all meat and girth—something Daniele had taken from the man. Dark hair, rounded face, and brown eyes.
Caesar, on the other hand, was grateful to have taken his features from his dead mother’s side of the family. From their strong jawlines, to the blond wavy hair that he kept a little too long for his father’s liking, and even the steel-blue eyes. Standing next to his father, Caesar’s lean runner’s form was a bright contrast against the Italian girth his father sported.
He liked the differences.
Liked that he was different from them.
He didn’t want to be the same.
“This is what, the fourth marriage you’ve somehow found your way out of?” Angelo asked. “I am catching onto your schemes, Caesar. You cannot ruin every single marriage arrangement I make for you—mark my words, one will go through.”
“Actually, it’s five,” Caesar said, “if you include the poor girl that got took her life two years ago.”
By jumping off a goddamn bridge.
She had not wanted to be forced to marry.
Caesar understood that feeling well.
“Yes, well, you didn’t have any hand in foiling that one,” his father muttered heavily. Then, his gaze lifted to find Caesar in the doorway, asking, “Or did you?”
“I am not that kind of monster, Papa.”
“Hard to tell sometimes with the shit you do, figlio.”
“So says you.”
Angelo grunted, and slumped a little in his chair. “That … that right there, Caesar.”
“I beg your pardon?”
“You have an attitude problem, and I will be damned if I don’t find a way to correct it before I have to kill you for it.”
He’d once been his father’s favorite.
He’d lost that when he fucked his brother’s wife.
Caesar lifted a brow, uncaringly. “I don’t have an attitude problem.”
“Oh, no?” Angelo laughed darkly. “How do you figure? Indulge me, son. Name one other man who would think your attitude is in any way acceptable for a made man in Cosa Nostra?”
“My attitude is fine. I rather like it. It’s you who has a problem with it. That kind of sounds like a you problem, and not a me problem.”
Email Post
Labels: Coming Soon Excerpt fun stuff update WIP
Reactions: