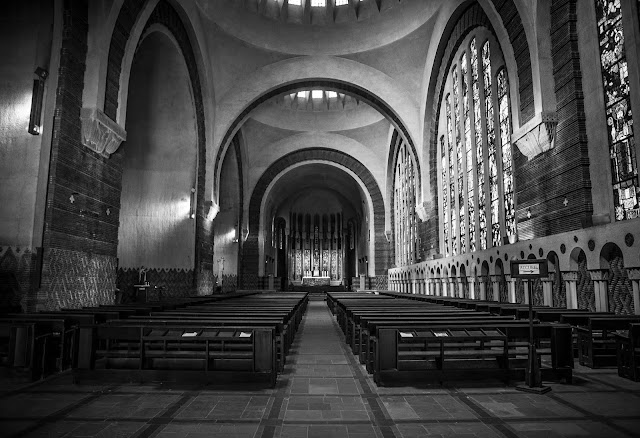 It's Friday again, which means outtake day. I pulled a request from the pile for this week - someone wanted to see that scene in Lucian when he brings Jordyn to church, but Antony is not there on the steps to greet him because he was "dealing with Gio" in the church.

So, here is that.

You can add your Outtake requests in HERE. Please give me something other than a character name - like something you actually want to see from said character.

Note: A reader from the request pool asked to see the scene from Lucian where Antony was not on the steps of the church to greet his oldest son when he brought Jordyn along that first day because he was inside dealing with Gio for something. This is that scene.

“Merda,” Dante said low under his breath, “you’re looking rough today, little brother.”
Gio was grateful for the dark aviator sunglasses that allowed him to roll his eyes and glare at his older brother without Dante knowing he was doing it. All that likely would have earned Gio was a punch from Dante—not that he blamed him. He would probably hit him for the same kind of shit, too.
Except not today.
Gio didn’t have the energy today.
“Don’t need your comments on how I look,” Gio muttered as the two climbed the stairs of their family’s church. The Bishop was already standing at the top and shaking hands with thier mother, and then their father, too. Cecelia always came first, though—something Antony demanded, likely. “Just let me get past Dad without him noticing—”
“That you came to church wasted?”
Jesus Christ.
“I’m not wasted, Dante.”
“Hungover, then,” Dante said. “Same fucking difference.”
Was it?
Gio found it hard to tell, now.
“At least you managed to throw on something relatively decent,” Dante added when Gio refused to respond to his last statement. “Ma will appreciate that you managed to find a suit for today.”
Yes, she would.
But very little else.
Cecelia would worry.
And fret.
Antony would rage.
And worry.
Same shit, different day.
Gio was fine. It didn’t matter how many times he said that, though, his parents still had some kind of hornet in their ass about his choices. And the more they tried to figure out what was wrong with him inside—nothing was wrong with him—that made him party like he was going to die tomorrow—given his life, that was a real possibility—the more he wanted to forget he was going to wake up the next day regardless.
Because that was the fucking thing about this whole shit show—he could drink and drink and drink until he couldn’t think straight or see two feet in front of his own eyes. He could take pill after pill, or smoke whatever was going to make him feel good for the night.
Gio was still bulletproof.
Nothing was killing him.
Not yet, anyway.
He really was fine.
Too bad they wouldn’t figure it out, too.
“So, head’s up,” Dante murmured.
They were just ten steps away from their parents now, but neither Antony nor Cecelia had noticed the brothers’ arrival.
Thank Dio.
“What’s that?” Gio asked.
Jesus.
He couldn’t even hide how gruff and hoarse his voice sounded. He was so fucked—he should have just stayed in his bed, and ignored Dante when the asshole came around to get him up for church. Antony would have been pissed, sure, but he preferred it when Gio didn’t show up … well, all right, wasted.
Plus, his father probably already knew.
If he didn’t suspect.
After all, Gio hadn’t showed up at his parents’ place the night before like he usually would—figured he could probably get away with it being Lucian had his dick in a knot over the chick he was shacking up with … or fucking … or saving … or—what was he doing with that Jordyn girl again?
“Are you even listening to me?” Dante asked.
Gio passed his brother a look, and shook his head. “Not really.”
“Figures.”
“What was it?”
“Lucian is bringing her to church today,” Dante said. “That’s the important bit.”
Her.
Her … like Jordyn, her.
The only her his oldest brother would be bringing around at the moment, although it took Gio’s wasted brain a minute to catch up to speed with what his brother was trying to get through his thick fucking skull.
God.
He needed to lay off mixing molly and liquor.
It was bad news.
Gio’s brow flew up high. “Like, here?”
“Where else do we go to church?”
“Yeah, but … with Ma and Dad, and … here?”
“Big thing, huh,” Dante muttered.
To say the least …
The Marcello brothers knew the rules—their father had been repeating those same rules to them since they learned to look at Antony and listen. They weren’t to be bringing females around their parents unless it was women they intended to keep around their parents.
Simple as that.
“Do you think he—”
“I think Lucian is crazy,” Dante said.
Gio rolled his eyes upward. “Yeah, but that’s because everybody knows you’re not the marrying kind.”
“I’m the marrying kind. I just don’t want to fucking get married. See the difference?”
“Bite my fucking head off. Point is—do you think he’s really caught up in something with this Jordyn chick?”
Dante shrugged. “Who the fuck knows?”
Well, that was that.
“Giovanni.”
Ah, shit.
Those last ten steps went quickly.
Cecelia was frowning.
Antony was as cold as ice.
“Care to have a word, Gio?” his father asked.
“Not par—”
“Get in the church,” Antony snapped.
“Yeah, all right.”

“Jesus,” Antony grumbled as he dropped into the pew beside Gio, “you couldn’t even manage to put on a tie this morning?”
Gio cringed. “Well …”
“What, son?”
“I did try.”
His hands had just fumbled too much, and he got pissed off. Especially when Dante started barking that they were going to be late, and … yeah.
Antony sighed, and glanced over at Gio. “Take those damn sunglasses off, would you?”
“You probably don’t want me to.”
He could see his father’s deepening scowl out of the corner of his eye, but Gio figured if he just kept staring straight ahead, then he could pretend like he didn’t see it. A little stupid, maybe, but it served him well over the years.
“Bruises, or something else?”
“I just look … like shit, according to Dante,” Gio admitted.
His father was quiet for a long while before Antony finally reached over, and took the sunglasses off himself. Antony stared at Gio without saying anything, and then handed the sunglasses back.
“You don’t wear them in church regardless of what you look like—it’s disrespectful, Gio.”
Great.
A longer stretch of silence passed on between the father and son before Antony was the one to break it again. He usually was—Gio just tended to let his father speak until he didn’t have anything else to say.
It was easier.
“You’re scaring your mother,” Antony murmured.
Gio glanced down at his hands in his lap. “There’s nothing to be scared of.”
“I would think the constant belief that she’s going to wake up to a call some morning that they believe her son’s body is in a morgue is something to be scared of, Gio.”
“Low blow.”
“Tell me where I lied.”
Gio sighed. “I could die being a made man, too.”
“Is that what it is?”
“Hmm, what?” Gio glanced at his father. “You lost me.”
“You’re just restless and so reckless that it doesn’t matter to you either way—you’re going to die, and you know it—so why not speed the process along a bit?”
“I never said that.”
Antony frowned. “I wonder.”
“Don’t.”
“I also know when this all started for you—this partying and fast living and rebellious nonsense,” his father added quieter. “And I know you don’t want to talk about him—about how he died, and how you were there, Gio, but you know as well as I do that Giovanni worked damn hard to keep you away from this kind of thing. He didn’t want you getting messed up in drugs, or—”
“All right, that’s enough,” Gio said thickly.
He didn’t talk about his mentor, and the man who he’d been named after.
He didn’t want to.
He didn’t want to remember.
“You know,” his father murmured, “it’s okay to say that might have messed with you a bit, and that you need—”
“I need you to drop it,” Gio interjected firmly.
Antony did, thankfully.
“Fine; remember, I did try, Gio. Today, and before today. I will try tomorrow, too. I could have been outside greeting your brother as he made a choice that would change his life, and this family and his future—a choice I want to let him make—but instead, I am in here. Trying to help you.”
“Wrong choice, then, huh?” Gio asked. “We all screw up sometimes, Dad. We all make mistakes. Isn’t that what you keep telling me every single time I fuck up? Well, that and also that we can fix mistakes … sometimes.”
Antony shook his head. “This wasn’t a mistake. It can’t be—you’re still my son, Gio.”
Sometimes, he wondered, though.
How much was it going to take?
How far was he going to have to push?
Would there come a time when his father finally said enough was enough, and washed his hands of Gio for good? Antony seemed to believe there was something in Gio that was good—something that could change.
He hadn’t found it yet.
And he had to live with himself twenty-four-fucking-seven.