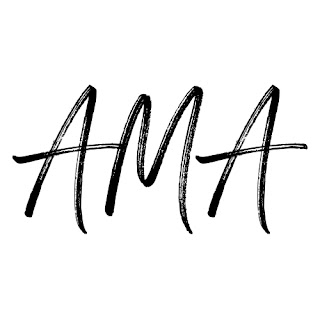 Hey, loves! It's been a hot minute since we did one of these so might as well, huh?

If you have a question for me, you can drop it into the AMA FORM.

And thank you, loves. Really.

As for yesterday when I mentioned the Ko-fi thing, I probably won't put it in any more posts. It is, however, on the side bar of the blog. And that's where you can find it.

1. Hey! Just a quick one. In Chris, the picture he was shown of Val before the assignment was with her and Haven and Andino. Apparently a wedding? Was this Haven's wedding, because I thought she had disappeared way before. Or I'm I missing something.
As always, mapenzi tele ❤️ (lots of love)

No here's the thing ... I'm not sure I specified it WAS Haven's wedding, but the suggestion is there for sure. And we all know from Haven and Andino's duet that Valeria had already gone MIA when they were married, so that's not supposed to be possible for her to be at their wedding.

Sometimes, with a timeline this expansive over so many people and characters, you mess up. I have a doc that's 15k of just events and happenings of characters moving so I didn't mess up who was where with who and what was happening elsewhere.

This is not the first place I boobooed.

They're rarely noticed, however. So yeah, I don't think I specified, and for now we'll just lie and say I meant some random wedding they attended together hat made the papers. LOL.

2. Would you ever do a rockstar romance? With angst and drugs involved?

That's really all I can say right now.

3. So since you won't write about the death of Antony and Cecelia's what about when they do like a tv show with in their world I believe you mentioned this in one of the books you wrote where Antony was being babysat and watching a show based on his life and said that most everything they had in him was a lie and that they couldn't prove. I didnt know if this is exactly a question or if I want to see an outtake for it but I would like to have his perspective on it on how he sees his life through others points of views.

LOL, it'll be quite a stretch for me to get a TV show. I'm not exactly mainstream, so.

And ya know, if I did, as long as people ain't fucking the wrong people, they can do whatever they want. I would think the fans of the Marcellos would be happy just to see them on screen. What does it matter?

I'm not writing their deaths on paper or confirming it.

I don't understand why that's a big deal. I just really don't want to. I am the writer. If someone would like to write it, there's this thing called fanfiction - I wrote it for years; it's a great creative outlet. Feel free. Just don't send it to me; I won't read it. It's not good, legally.

As for the last bit - all outtake requests can go into the outtake form when I post it up. :)

4. Hi, hope all is well. I was just wondering if you considered opening up a shop tab on your website that would allow readers to purchase signed paperbacks or other merchandise you have? If not, how should we go about getting them? Thanks for answering!

Next month, there will be signed paperbacks up on my website to buy - they'll ship out around Mid-November to make it for Christmas. No merch, though.

5. I really enjoyed the mm romance element of Corrado would you ever consider writing a pure mm romance book? I would be super down for that!!

That is all for this week.